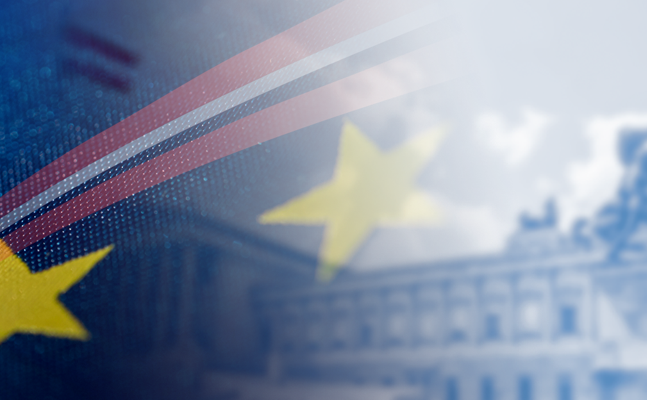 The turbulent history of Europe, especially in the last century, brought many misfortunes. Nations defending sovereignty and territorial integrity against aggressors have suffered beyond the human imagination. After the Second World War, some European countries had to struggle with the domination of Soviet totalitarianism for decades before regaining independence.

This independence, the Atlantic Bond of the European Union and North Atlantic Treaty, as well as peace between co-operating nations are great achievements for a significant number of Europeans, giving them a sense of permanent security and creating optimal conditions for development. The process of integration has done much to create lasting structures of cooperation and to maintain peace, mutual understanding and good relations between states. This work must be maintained as an epoch-making value.

However, the series of crises that have shaken it over the past ten years has shown that the work of European cooperation is faltering, above all because nations feel that they are slowly being stripped of their right to exercise their legitimate sovereign powers.

The European Union is in need of profound reform because today, instead of protecting Europe and its heritage, instead of enabling the free development of European nations, it is itself becoming a source of problems, anxiety and uncertainty.

The EU is becoming more and more a tool of radical forces that would like to carry out a cultural, religious transformation and ultimately a nationless construction of Europe, aiming to create of a European Superstate, destruct or cancel of European tradition, transform of basic social institutions and moral principles.

The use of political structures and law to create a European superstate and new forms of social structure is a manifestation of the dangerous and invasive social engineering of the past, which must prompt legitimate resistance. The moralistic overactivity that we have seen in recent years in the EU institutions has resulted in a dangerous tendency to impose an ideological monopoly.

We are convinced that the cooperation of European nations should be based on tradition, respect for the culture and history of European states, respect for Europe's Judeo-Christian heritage and the common values that unite our nations, and not on their destruction. We reaffirm our belief that family is the basic unit of our nations. In a time when Europe is facing a serious demographic crisis with low birth rates and ageing population, pro-family policy making should be an answer instead of mass immigration.

We are convinced that the sovereigns in Europe are and will remain the nations of Europe. The European Union has been established by these nations to achieve objectives that can be achieved more effectively by the Union than by individual member states. However, the limits of the Union's competences are set by the principle of conferral – all competences not conferred upon the Union belong to the member states, respecting the principle of subsidiarity.

Through a consistent reinterpretation of the Treaties by the institutions of the European Union in recent decades, these boundaries have shifted significantly to the disadvantage of states. This is inconsistent with the fundamental values of the Union and leads to a decline in the confidence of European nations and their citizens in these institutions. In order to stop and reverse this trend, it is necessary to create, in addition to the existing principle of conferral, a set of inviolable competences of the European Union's member states, and an appropriate mechanism for their protection with the participation of national constitutional courts or equivalent bodies. All attempts to transform European institutions into bodies that take precedence over national constitutional institutions create chaos, undermine the sense of the treaties, question the fundamental role of Member States' constitutions, and the resulting disputes over competences are in effect settled by the brutal imposition of the will of politically stronger entities on weaker ones. This  destroys the basis for the functioning of the European community as a community of free nations.

We believe that consensus should remain the basic means of reaching a common position in the Union. Recent attempts to circumvent this procedure or ideas of its abolition threaten to exclude some countries from influence on decision-making and to transform the Union into a special form of oligarchy. This could lead to the de facto incapacitation of national constitutional bodies, including governments and parliaments, reduced to the function of approving decisions already taken by others.

In the member countries there is still an overwhelming will to cooperate, and a spirit of community and friendship pervades nations and societies of our continent. It is our great capital. A reformed Union will make use of this capital, whereas a Union that rejects reform will squander it.

That is why today we turn to all parties and groups who share our views with this document as a base for a cultural and political common work, respecting the role of the current political groups.

Let us together reform the Union for the future of Europe!